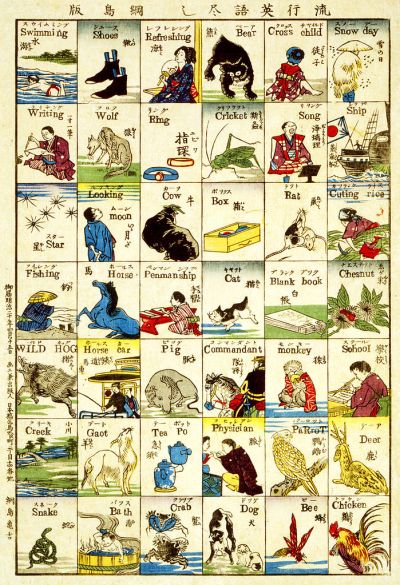 These woodcut prints by Kamekichi Tsunajima were published at a time when Japanese interest in all things Western had surged. In 1853, after over two centuries of almost total isolation, Japan had finally opened up to foreign trade again.

I doubt these prints were useful tools for learning English — they were probably just curiosities. Some illustrations are hard to interpret, but luckily they are labelled in Japanese and English! 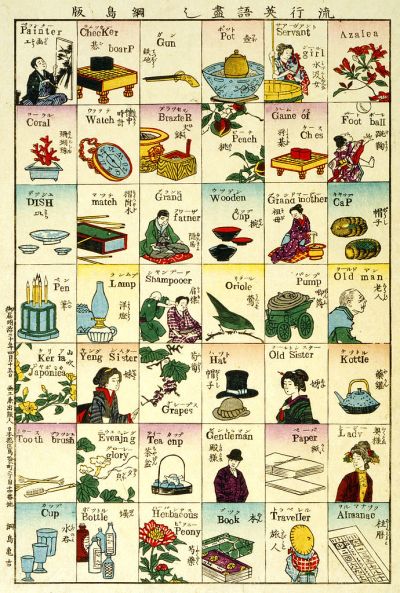 A fashionable melange of English words (1887) by Kamekichi Tsunajima. These prints are part of the Chadbourne collection of Japanese prints, held in the Library of Congress in Washington DC, USA. Public domain.

I imagine there may have been a rush at the time to make the most of the new hype and ‘get things published first’, as there often is in contemporary publishing. This would explain why there seems to have been no time to hire a native speaker to proofread the English words. As a result, quite a few typographical and spelling errors were left uncorrected.

My new favourite word is ‘kottle’.