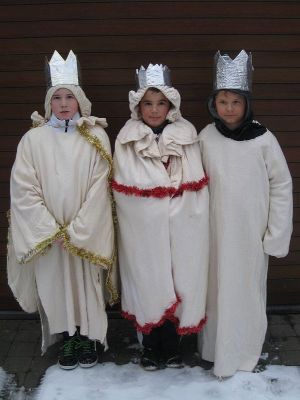 The following day, on 6 January, some Christian churches celebrate the Epiphany, the visit of the three wise men to the infant Jesus. In Flanders, this day is called ‘three kings’ day’ (driekoningendag) or ‘thirteen-day’ (dertiendag).

Around that time, it is custom for children to dress up as one of the three kings (or wise men). In groups of three, they go knocking on doors, often carrying a homemade Star of Betlehem on a stick, and sing ‘three kings’ songs’ to receive sweets in return. Bakeries sell the ‘three kings’ tart’ (driekoningentaart). This cake traditionally contains a dry bean. Whoever gets the bean gets to be king or queen for the day and wear a crown! 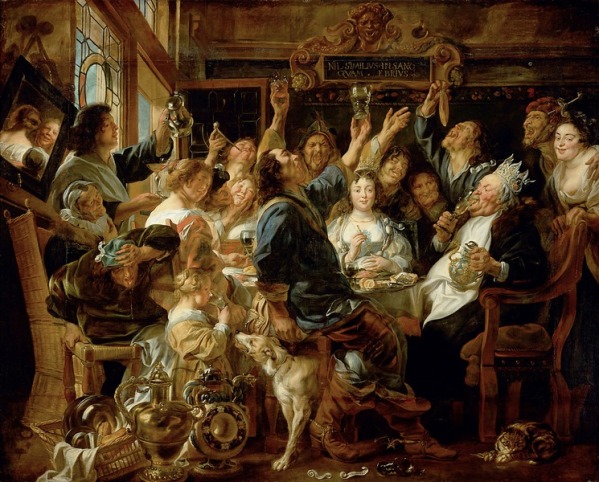 The feast of the bean king (c. 1640–45) by Jacob Jordaens. Painting held in the Kunsthistorisches Museum in Vienna, Austria. Public domain. 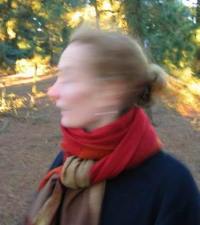