Reading lady on a sofa by Vilhelm Hammershøi (1892). Painting held in a private collection. Public domain. 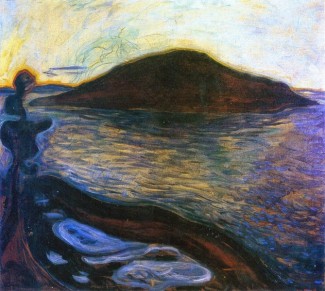 The island (1900–01) by Edvard Munch. Painting held in a private collection. Public domain.

A new word for a new time? Well, a new meaning for an old word … The word ‘self-isolation’ is right now being used specifically to mean ‘the act of isolating oneself to avoid infecting or being infected by the novel coronavirus’.

‘Self-isolation’ is a compound word consisting of the prefix ‘self-‘ and the noun ‘isolation’. According to the Oxford English Dictionary, in the 1750s, English borrowed the French word isolé as an adjective. At first, it was left unchanged but gradually it was changed to ‘isolated’. The French isolé was itself borrowed from the Italian word isolato, the past participle of the verb isolare, which was derived from the noun isola, which in turn was derived from the classical Latin noun insula, ‘island’. Either also borrowed from French or back-formed from ‘isolated’, the verb ‘isolate’ and the noun ‘isolation’ were then formed as well. 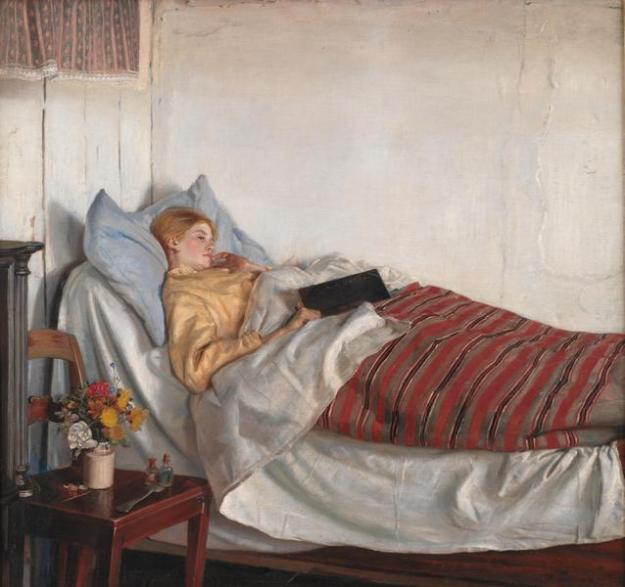 Couch on the porch, Cos Cob (1914) by Childe Hassam. Painting held in a private collection. Public domain.